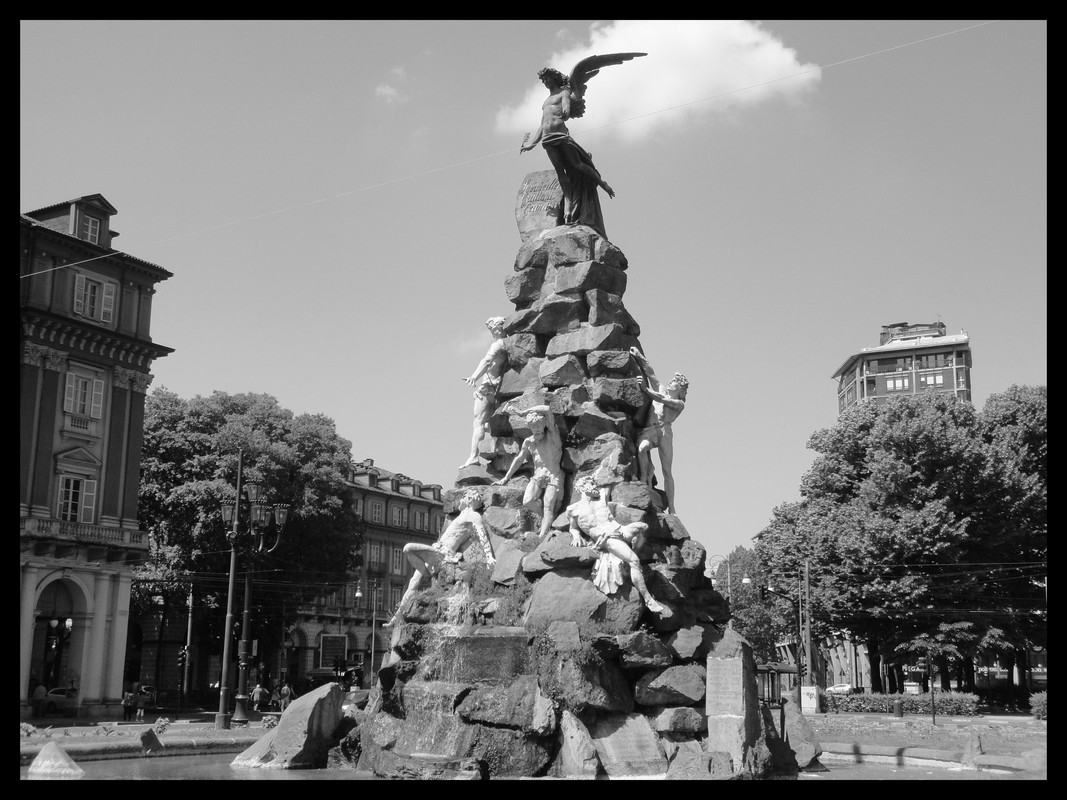 The ideas for Julie&Moth started taking life in the heart of Turin a metropolitan city near Milan. The clothing line's first designs were done in a typical italian "Liberty" house in Piazza Statuto a square well known for its mystical background. Turin is the summit of two magical triangles: the first one, the white one, with Lyon and Prague, while the second, the black, along with London and San Francisco. Piazza Statuto is perceived by esotericists as the exact place of maximum negativity of the city, it is where in 1879 the Monument to the Frejus Tunnel (the work of Count Marcello Panissera di Veglio) was inaugurated and located in the center Square. In some texts it is said that the black Angel on top would be the representation of Lucifer (in latin Lucifer means morning star). The most beautiful Angel according to the Christian biblical tradition. A first collection of shirts was planned and as all the designs were ready by November 2013 it was just a matter of time before the production process had to take place. The next step was to find the right quality italian materials that would give each garment a unique look and feel. It is in October 2013 that we come in contact in Milan with Monica an italian seamstress that has worked for well known italian brands that guides us in the production process, on the right quality materials needed and gives us useful information on where to move our production in Milan. It is time for Julie&Moth's production to begin in the heart of the fashion industry of Milan. The collections have clean, stripped down to the essential designs as in milanese tradition with modern fabric technology. The name comes from the track "Julie and the Mothman" by Kasabian.